“I want to meet with the county commissioners, Ben Salango and Kent Carper,” Wheeler told 580-WCHS of his plans. “Discuss with them some of my ideas and the things I have talked about on my campaign. I want to make those promises true, I want to talk about economic development and how we can bring jobs back to this county.”

Wheeler was born and raised in St. Albans. The University of Kentucky graduate moved back to West Virginia after a short time in D.C. because he wanted to make a difference in the area.

He said his campaign felt the momentum from the start.

“We started with a listening tour from the very beginning of the campaign. I think just getting to the voters and being able to speak with them even with COVID has been the difference.”

Hunt is a familiar name in the Charleston area when it comes to office holding as he spent 14 years in the state legislature and was the 2014 democratic nominee for U.S. Congress in the district.

“He had worked a very hard race to the very end. I think he has been a good delegate in Kanawha County,” Wheeler said of Hunt.

Wheeler will replace Shores who had served on the commission for 42 years in three separate stints. 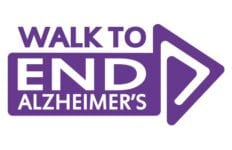