Vititoe said that based on that one day it can be concluded that dozens of motorists illegally pass busses every day, which isn’t acceptable.

“This is illegal, it’s reckless, and it’s an unnecessary risk to our children and it has to stop,” he said.

Vititoe thought that most drivers probably understand the law but just choose to ignore it because they’re in a hurry. But there are serious legal consequences if the driver is caught.

“It’s a misdemeanor offense, but if you injure somebody it’s a felony,” he explained. “And if you kill somebody, it’s going to be punishable by up to ten years in a penitentiery.”

Kanawha County Commission President Kent Carper understood why drivers felt they could pass a bus in Kanawha City, where two-thirds of the incidents happened. But he thought it was ridiculous for motorists to not know the law.

“The argument is gonna be that in Kanawha City there’s a double lane and people think if they’re in the passing lane they can pass a stopped school bus on the right,” he said. “Where did they get their drivers license from, K-Mart?”

Vititoe asked the public to think twice before illegally passing a bus, saying that a driver never knows where a small child could be in the street. 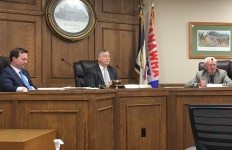 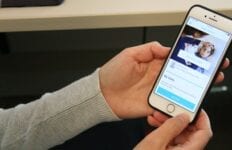