CHARLESTON, W.Va. — Police are looking for the person responsible for shooting several rounds from an AK-47 style rifle at a residence on Charleston’s West Side early Tuesday morning.

A front porch security video shows two men walking toward the house in the 400 block of Wyoming Street at around 1 a.m. Tuesday. One man knocks on the door and goes back toward the street while the other man waits a few feet from the front porch pointing the rife at the house.

When someone inside asks “Who is it?” the man holding the rifle fires it several times as he runs away. The other man took off in the other direction.

Charleston police said no one was injured.

Anyone with information is asked to call 304-348-8111. Callers may remain anonymous. 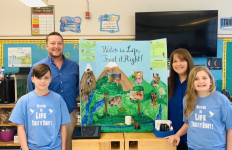 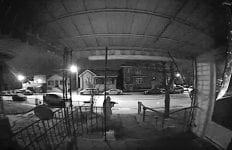 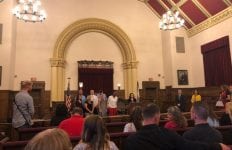