WASHINGTON, D.C. — Vice President Mike Pence is scheduled to be in Charleston Friday to attend the memorial service for famed pilot Chuck Yeager.

Pence’s office announced Tuesday afternoon that he would be at the memorial service set for noon Friday at the Charleston Coliseum and Convention Center.

The service will be carried live on 580-WCHS.

The announcement from the office said, “General Yeager was a pioneer for American aviation and made history as the first pilot ever to break the sound barrier. Later that evening, Vice President Pence will return to Washington, D.C.”

Air Force Two, which Pence travels on, made several passes over Charleston and touched down at Yeager Airport Monday.

Pence remarked on Yeager’s death during a Dec. 9 event in Cape Canaveral, Florida, calling him “one of the greatest heroes in the history of American aviation.”

“General Yeager was a man with the right stuff. Came from a humble background and became a war hero. Shot down 13 times by Nazi aircraft. Was himself — oh, he shot down 13 Nazi aircraft. Thank you. Was himself shot down as well. He flew more than 150 military planes, a total of more than 10,000 hours, in two different wars. He broke the sound barrier, and he set an extraordinary standard of heroism to American aviators that would follow ever since.

“We mark his passing this week, at 97 years of age, still with a sense of national loss. And as I spoke to the President this morning about the dedication of these two installations, he directed me to begin immediately to identify future Space Force bases that can be renamed in the honor of the service and character and leadership of General Chuck Yeager, and so we will do.

“America will never forget or fail to honor the pioneering spirit and the heroism of General Chuck Yeager,” Pence said. 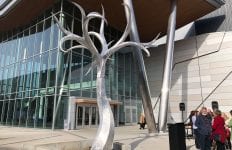 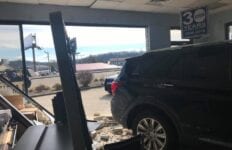 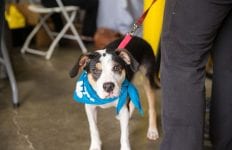