MORGANTOWN, W.Va. — The City of Charleston will play host to regional rounds of The Basketball Tournament for the second consecutive year. Eight regional sites were announced by the TBT Wednesday afternoon. Charleston will host three rounds of the regional, which will be played July 24-27 at the Charleston Coliseum and Convention Center.

The WVU alumni team Best Virginia and the Marshall alumni team Herd That will be featured in the Charleston regional. Best Virginia won their first two games and advanced to the TBT Round of 16 in the 2021 edition of the tournament, while Herd That played their way to the second round.

The Basketball Tournament is in its ninth year as a single-elimination, winner-take-all event. 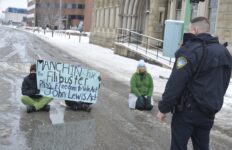