CHARLESTON, W.Va. — An obscure marker which paid tribute to a group of Kanawha Valley natives who served during the Civil War has been removed from a Charleston park.

The city made the decision to remove the plaque bearing the name of the Kanawha Rifleman, a militia company which fought for the south.

“The City of Charleston removed the Confederate monument out of Ruffner Park, which is owned and maintained by the City of Charleston,” communications specialist Mackenzie Spencer said in a statement. “It was the right thing to do to remove it, and so we did earlier today.”

The plaque, dedicated in 1922 by the United Daughters of the Confederacy’s Kanawha Riflemen Chapter, listed multiple military officers as well as a “colored cook, faithful during the war.”

“If we had been approached to discuss it, we probably wouldn’t have been willing to take it down outright, but we could have talked about a better way to recognize a worthy group or a worthy citizen,” Blevins said in an appearance on MetroNews Talkline.

The West Virginia Chapter of the ACLU hailed the city’s decision as the correct call claiming those named on the plaque were slave owners. Blevins didn’t dispute the claim, but argued the context between how things are today versus how they were during the pre-Civil War years is an unfair comparison.

“That’s how they lived at the time. Would I support slavery now? Obviously not, but that’s what happened back then and we need to recognize there was that issue. While it wasn’t the only issue in the war, it was a factor,” he said.

Blevins also made the case against claims the members of the militia which fought on the side of the Confederacy were traitors to their country. He said again, it’s a different mindset today than in the 1860’s. He claimed historically people were more identified and loyal to their state rather than a national governmental body.

“We try to project our opinions now back to that time to those people who are long gone and wouldn’t understand our opinions. We shouldn’t apply our views of the world today to how they viewed their world at the time,” he said.

The names were emblazoned on a plaque which was bolted to a concrete base. The base is still there, only the plaque removed. Blevins believed it was an attempted to rewrite history.

“Monuments are sort of bookmarks. You look at a monument and ask yourself, ‘I wonder what this was about?’ and you go look it up in a (history) book,” he said. “We try to educate people on what happened during that time, why it happened, and keep the history and memory alive. Some of it we agree with, some of it we don’t, and some of it we look at with a very different perspective nowadays,” Blevins said. 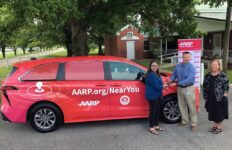 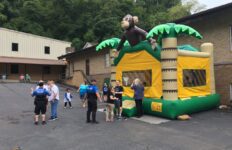