CHARLESTON, W.Va. — Around 200 people gathered Sunday night outside of the West Virginia State Capitol to show solidarity with the counter-protesters of Saturday’s white supremacist rally in Charlottesville, Virginia.

One person was killed and dozens were injured after one person drove their car through a crowd of people Saturday. The driver, James Alex Fields Jr., of Ohio, has been charged with second-degree murder, three counts of malicious wounding and one count related to leaving the scene. Two Virginia State Police troopers also died when their helicopter crashed outside of the city.

Protesters on Sunday gathered around the statue of Confederate States of America General Thomas “Stonewall” Jackson to advocate for tolerance, as well as the removal of the statue.

Rev. Marlon Collins of Shiloh Baptist Church in Charleston said communities should hold conversations on how to address cultural differences.

Some of the attendees of Sunday’s gathering were wearing hijabs, the headscarves some Muslim women wear. Others were holding flags supporting the LGBTQ community.

“I am a firm believer that God created all people,” said Rev. Darick Biondi, of Charleston. “God did not stutter. God did not deny anyone when he said it was very good. And so, when we look around at this amazing diversity, we need to remember that every single human being is a child of God and worthy of love.”

The group was circled around the statue of Jackson, who was born in Clarksburg in then-Virginia. West Virginia would become a state in June 1863.

Saturday’s protest was centered around Charlottesville’s statue of Robert E. Lee and the city’s plan to remove the statue.

Four men were standing next to the Jackson statue in support of its presence.

James Chapman, of Charleston, came to the protest wearing a gray Confederacy cap. He said the statue should remain to serve as a marker to American history.

“The best of American history was 600,000 American men, women and children on both sides that died to decide which was going to be: the Confederacy or the United States of America,” he said, referencing the Civil War.

“We all bleed the same blood. I’ve seen guys — black and yellow — die in Vietnam right beside me. Their blood was no different from any white guy that got killed.”

Some of the white nationalists present Saturday cited President Donald Trump’s victory in November as confirmation of their beliefs.

Trump said Saturday he condemned “in the strongest possible terms this egregious display of hatred, bigotry and violence on many sides.”

“He called for national unity and bringing all Americans together,” the official said.

Chapman said he had no issue with Trump’s response.

“What’s he going to do about something in Charlottesville, OK?” he said. “He said he didn’t like it. He condemned it. What more do you want from the man?”

Collins said Saturday was a “manifestation” of Trump’s election.

“Here’s the problem: America has always been great. The question I have to ask is when did she stop being great to the point where we have to make her great again.”

Katonya Hart, chair of the CARE coalition, said since Trump’s election, there has been a “rise in boldness” in regards to race.

“They simply are just going at it making those decisions and charging forward,” she said. “They just have that one-stop thought process and marching forward with it and nobody else matters.”

While Sunday’s rally remained peaceful, there were some small moments of tension; the statue supporters interrupted one speaker who claimed in be in Charlottesville on Saturday by singing “Dixie.” That speaker resumed addressing the crowd immediately afterward.

Rev. Cindy Briggs-Biondi, of Charleston, said rallies and events should be opportunities to learn about injustice, especially for white people.

“It’s easy to come here and denounce this rally and acts of white supremacy, but you know we are not that far away from it,” she said. “We, as people, are called to take the hard step of looking into our own hearts and also looking at the system from which we benefit.”

A vigil in Charleston for the Charlottesville victims will be held at 7 p.m. at St John’s Episcopal Church. 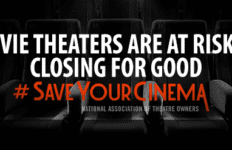 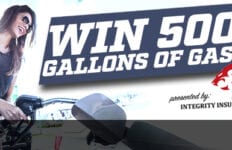 Listen to win 500 gallons of gasoline! Not your share, all of it!→ 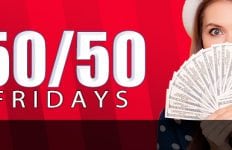