CHARLESTON, W.Va. — A Kanawha County school bus driver has been charged with DUI causing injury after a four-vehicle accident involving the bus Thursday morning in Charleston.

According to Charleston police, three passenger cars and a school bus were involved in the mid-morning accident on Intestate 64/77 in Charleston near the state capitol.

Police said when they arrived on the scene they observed Susan Ann Lipscomb, 58, of Charleston, was under the influence. They charged her with three counts of DUI causing bodily injury and one count of DUI with a minor in the vehicle.

Kanawha County school officials say there were six students on the bus. It was a special needs bus hauling children from Sissonville to Capital High School. KCS Communications Director Brianna Warner said two of the children were transported to the hospital with minor injuries.

One of the cars involved caught fire and burned on the overpass between the Leon Sullivan Way exit and the Greenbreir Street exit in the southbound lanes around 8 a.m. The collision involving the bus and other vehicles happened behind the car fire.

“The sedan was engulfed in flames and three or four people were trying to break the glass where a lady was trapped in the back seat. I’m pretty sure the door was jammed,” said eyewitness Sean Meyer.

“People on my side of the interstate were jumping over the median with whatever they could find. Some had wrenches and one had a fire extinguisher all trying to get her out. They finally got the door open and got her out and they all scattered away from the car,” he said.

“The fire was in the front, but it was picking up steam and when they finally got her out it was already into the passenger area. They were lucky to get her out when they did,” Meyer added.

According to Meyer, the woman was able to walk away from the scene with her rescuers. Police said she was transported to the hospital with non-life threatening injuries.

Charleston Police Department accident reconstruction teams continue the investigation. Lipscomb was taken into custody. Kanawha County School Transportation officials are cooperating fully with city police and are engaged in their own investigation of the bus wreck.

Kanawha County Schools said Lipscomb has worked for the system since 1998. She became a bus driver in 2005. 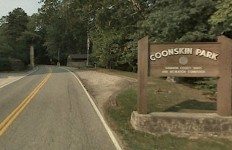 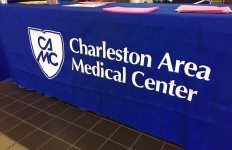 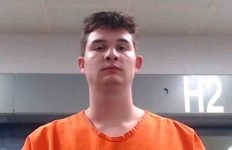