A Putnam County native faces federal criminal charges after being accused of entering the U.S. Capitol last week and trying to make off with a Senate “Members Only” sign.

A criminal complaint filed Saturday named Gracyn Courtright, a Hurricane High School graduate. An accompanying affidavit describes Courtright entering the U.S. Capitol and wandering around with the sign until an officer took it away from her. Her image was captured by her own social media and surveillance video.

Security footage shows Courtright entering the Capitol building through a door near the West Senate stairs about 2:42 p.m. About 20 minutes later, a camera caught her image walking up the steps near the Senate chamber and carrying the “Members Only” sign. She was not seen entering the Senate Chamber.

A few minutes later, at 3:05, she was seen on the second floor. At that point, a law enforcement officer took the “Members Only” sign away from her. Courtright left the building through the north door.

Courtright is among about a hundred cases related to this month’s riot at the U.S. Capitol. There are more than 275 open investigations into potential criminal activity on that day, acting US Attorney Michael Sherwin said on Friday.

Many of them have been identified through their own social media posts, the videos of others, through surveillance footage or by a combination.

Wayne County resident Derrick Evans, who had just been elected to West Virginia’s House of Delegates, was also among the early arrests. Evans faces two federal misdemeanors for entering the Capitol as he livestreamed. He has resigned from the Legislature.

The mob storming the U.S. Capitol on Jan. 6 disrupted the constitutional duty of counting Electoral College votes and prompted the evacuations of representatives, senators and Vice President Mike Pence. One woman was fatally shot while trying to climb into the chambers, three others died from “medical emergencies” and 50 police officers were injured. Capitol Police announced one police officer died of injuries sustained during the riot.

Courtright, now a senior mathematical economics major at the University of Kentucky, described her presence at the Capitol on social media posts that have now been deleted. Screenshots were preserved and were described in the affidavit.

One now-deleted video includes the caption, “PEACEFULLY CHANTING!!!!!!! Nobody fighting or destroying anything some of my cnn & Fox News watchers need to think for themselves.”

A photo posted outside in Washington, D.C., shows her holding up an American flag and is captioned “can’t wait to tell my grandkids I was here.”

In a direct message conversation with an acquaintance that was provided to investigators, Courtright is asked if she was at the Capitol. Courtright responded, “Yes, it wasn’t violent like the news said” and “I took pictures all in the building.” She added, “I never saw the violence.”

In the private messaging, Courtright went on to say, “I walked into the chamber like the Senate where the desk are.” She wrote, “it’s history” and “I thought it was cool.”

The acquaintance pushed back that the Capitol activities amounted to treason. Courtright responded, “idk what treason is” — short for I don’t know.

The affidavit later notes that a photo published in The Washington Post appeared to show Courtright among a crowd that initially clashed with police in the halls of the Capitol.

The investigator reached that conclusion by comparing Courtright’s attire in the other images with a similarly-clad person in the photo. The investigator also compared video that Courtright posted with the timing the photo was captured.

An agent with the Federal Bureau of Investigation called Courtright’s father, a Putnam County attorney, last Tuesday. Gregory Courtright confirmed that Gracyn was staying at home in West Virginia, according to the affidavit.

Last Thursday, FBI agents went to the Courtright home in Hurricane. Gregory Courtright he told the agents that Gracyn traveled to Washington, D.C., to be at “the party” and stayed with friends from high school who live in the D.C. area, according to the affidavit.

Her father said she was at the front of the crowd during President Trump’s speech and then was able to walk into the Capitol.

“The father concluded by stating that if his daughter was charged with a crime, he would assist in ensuring she turned herself in to authorities.”

After receiving criticism over her social media images but before the federal charges, in a now-deleted Instagram post, Gracyn Courtright posed in front of a mirror with the caption “Infamy is just as good as fame. Either way I end up more known. XOXO.” 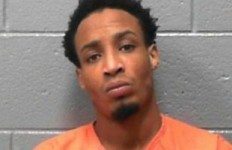