In response, a cooling station was set up at the festival site, additional EMS workers were on hand and heat reminders were being announced.

Cooler temperatures were in the forecast beginning on Friday.

Cindy Hinkle, treasurer for the Pumpkin Festival, could not remember such a warm opening day.

“I recall Pumpkin Festivals when it was 30 degrees and spitting snow,” Hinkle said.

Many areas in southern West Virginia were moved up during the past week from the moderate drought category into the severe drought category which is an indication of likely crop or pasture loss, high fire risk, water shortages or necessary water restrictions.

It followed what was one of the driest Septembers on record in some areas.

Despite that, Hinkle said the pumpkin showing for the festival was strong.

“The pumpkin is 90 percent water and, when you have a dry year, that’s really hard on pumpkins, but it looks like our farmers have persevered and brought us a great variety in here,” she said.

“We have green pumpkins, white pumpkins and orange pumpkins.”

One of the largest pumpkins on site Thursday weighed in at 1,346 pounds.

Between Thursday and Sunday, thousands of people were expected at Pumpkin Park to be part of the West Virginia Pumpkin Festival. Last year, attendance topped 42,000, according to Hinkle.

“It brings people into the Town of Milton. It shows them what a beautiful community we live in, but it also shows the children how things used to be made,” Hinkle said.

“We are preserving history and that is our total goal — is to show these children in today’s society that not everything comes from a big box store and is disposable. We want to show them that things can be handmade and have quality and meaning for the future.”

See a full schedule of events for the West Virginia Pumpkin Festival HERE. 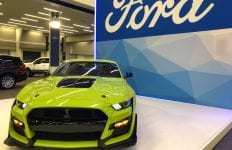 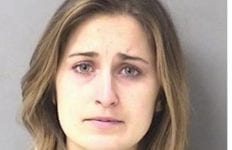