“A lot of times we get caught up with ‘let’s give them granola, let’s give them water, let’s give them something that they can eat,’ but you also have to wash up,” said Sean Patterson, founder of the 411 Foundation in Columbus, Oh., who brought his successful idea to Charleston Monday.

The 411 Foundation and the Charleston Marriott Town Center partnered together to create 200 survival kits, which will be donated to the local YWCA Sojourner’s Shelter and Charleston Men’s Shelter.

Throughout the past month, hotel employees and members of the community stopped by the hotel to drop off various items such as shampoo, deodorant, lotion, tissues, toothpaste and toothbrushes.

Patterson said it means a lot for community members to provide these items to people who may not have similar luxuries compared to those living in a home with a roof over their head.

“One of the big things we take for granted is we get to go home to air conditioning, shower and people are living on the streets day in and day out don’t have that,” he said.

Stephanie Casey, director of Hotel Operations at the Marriott, said she was inspired by Patterson’s success in Columbus so much that she wanted to provide that same service in Charleston.

“I think in the community of Charleston we’re so tight knit. It’s such a close knit family and, being locally, we’re one of the largest employers in the downtown area, so we’re always looking for something to do to give back,” Casey told MetroNews.

The 411 Foundation was founded five years ago, something Patterson said has been successful since they have “picked up steam” throughout the years.

“We’re able to get survival kits out to the homeless each month, I’d say somewhere between 20 to 30 bags each month,” he said.

According to a news release, the foundation’s mission is to build and sustain healthy communities through community engagement. From “Back to School” drives to donor matching, 411 works to involve the community in giving back, and in turn, devotes resources to the education and training of young adults within that community.

Run for Your Life will take place Saturday in Charleston→ 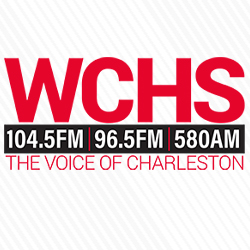