CHARLESTON, W.Va. — A fifth suspicious fire in the city in recent days is under investigation and Charleston Fire Department investigators believe they could all be connected.

The most recent blaze, which occurred early Friday morning, destroyed a home on Chandler Drive which was in the process of being remodeled.

“The fire started in the kitchen, but we don’t know exactly how it started because the doors were secure. Nobody could have gotten in through the doors. When crews arrived on the scene there was fire blowing through the window in the kitchen,” said Charleston Fire Marshal Richard Symns.

The fire broke out around 3 a.m. and despite work being done on the house, there were no utilities connected. Symns believes whomever was responsible got in through the window, but he was unable to call it “arson.”

“I’s hard to say arson when somebody might have been in there squatting. Even if they set it on fire accidentally, it’s accidental and not incendiary. So I can’t say arson for sure,” he explained.

But either way, the fire caused catastrophic damage to the home which Symns said would probably have to be torn down. He said it’s also a danger to the community and the city.

“We could get somebody hurt or one of our firefighters hurt so hopefully we can put a stop to it real soon,” he added.

The Chandler Drive fie followed a fire early Thursday morning on 6th Street, and three early morning fires Wednesday on 6th and 7th Avenue along with one on Beech Avenue.

Anybody with information is asked to call the city fire department’s investigative unit at 304-348-8098 during business hours and after hours an investigator is available via cell at 304-389-0324. 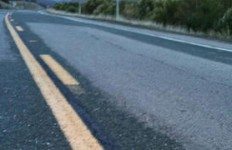 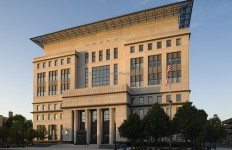