MADISON, W.Va. — A Boone County couple will spend time in jail for embezzling as much as $42,000 from the now-defunct Seth Midget Football League.

Boone County Circuit Judge Will Thompson sentenced Pamela Johnson to 1-10 years in prison. She previously pleaded guilty to felony embezzlement. She was the treasurer of the league from 2014-2018 and had access to cash and a card. Her husband, Jeremy was the league president during that time. He pleaded guilty to misdemeanor embezzlement. Thompson sentenced him to a year in jail, suspended the sentence, and put him on probation for seven years. When his wife gets out of jail, Jeremy Johnson will have to serve 30 days in jail. The couple was ordered to pay more than $9,000 in restitution.

“This at least partly contributed to the demise of that league which is no longer in place right now,” Randolph said. “Hopefully they will be able to put something together in the future for the children over there. But, absolutely, this hurts the entire community of Seth and surrounding counties that were involved in that league.”

Investigators determined the couple stole somewhere between $25,000 and $42,000, Randolph said.

Randolph said there wasn’t much of a paper trail so the actual amount taken could be higher.

“We don’t know how much money comes in on a cash donation at certain events. We don’t always know how much cash comes in at the gate if one person is controlling it. Some of this evidence is circumstantial but we are confident with that range,” Randolph said.

He said there are some lessons to be learned by volunteer community organizations from the case. 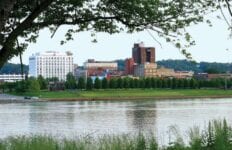