COTTAGEVILLE, W.Va. — Authorities in Jackson and Kanawha counties said the remains found inside of a well is that of a missing woman and a man is now charged with murder.

In a joint press conference on Monday, the Jackson County and Kanawha County Sheriff’s Offices said that Michael Smith, 41, has been charged with murder after admitting to killing Cheyenne Johnson and dumping her body in a well on private property.

Johnson was reported missing to the Jackson County Sheriff’s Office (JCSO) last week. She was last seen Thursday, April 29 near Cottageville in the county.

“Mr. Smith admitted that he had killed Cheyenne Johnson and then dumped her body in a deepwater well on the property of where they were on Britton Ridge,” Sgt. Brian Humphreys with the Kanawha County Sheriff’s Office told MetroNews.

According to a release from the Kanawha County Sheriff’s Office (KCSO), JCSO received a tip on Sunday night from someone who said they overheard others talking about her murder.

Deputies from both counties found the people named in the 1200 block of Britton Ridge Road in Kanawha County. Smith, an Alderson native, was located and that’s when he admitted to the killing.

“We believe the crime occurred in Kanawha County. Even though she went missing in Jackson County, we don’t believe that there was a crime committed there, in association with her disappearance,” Humphreys said.

Smith was arrested for first-degree murder. He is being transported to the South Central Regional Jail.

KCSO said  through tattoos, the body has been identified belonging to Johnson. Additional confirmation will be conducted by the Office of the Chief Medical Examiner.

Smith was released from jail on April 15 and was on parole, according to KCSO. Humphreys could not go into detail about his previous charges.

Authorities are working to find the motive and the relationship between Smith and Johnson. 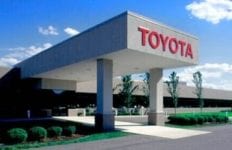 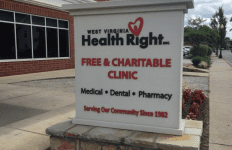