CHARLESTON, W.Va. — Nearly two years to the date of the West Side murder of a South Charleston man, two Detroit men have been sentenced to life in prison without mercy for their roles in the killing.

Kanawha County Circuit Judge Tera Salango handed down the sentences to Marcus Young, 20, and Jayrionte Thomas, 20, back-to-back Thursday. They both shot at and killed Terrell Davenport, then 27, at the West Side Market & Deli on 7th Avenue in Charleston on December 14, 2017.

“On December 14, 2017, my family and I’s lives changed forever,” Latasshia Davenport, mother of Terrell said during the Victim Impact Statement at Young’s sentencing.

“Terrell was shot five times, two while he was already on the ground. I can’t tell you how I suffocated. I experienced nausea, deep sadness and unthinkable hurt that day.”

Surveillance video from the outside of the business was broadcasted during the trial and showed Davenport attempting to escape the gunfire but stumbling to the ground once outside of the front doors. That’s when Thomas ran away from the scene and Young follows, but Young was shown shooting Davenport three times while he is on the sidewalk, including twice in the head.

In early November, a 12-member jury found Young guilty of first-degree murder after a two-day trial. Thomas had previously pled guilty in the case and the prosecutors recommended mercy as part of the plea. Salango decided against that mercy.

With mercy, Thomas would have been eligible to have a hearing before the West Virginia Parole Board after he’s served 15 years in prison.

“I want to apologize to the Davenport family for his life being taken. I was young and I made a mistake,” Young said to the courtroom on Thursday.

In her victim impact statement at Young’s sentencing, Latasshia Davenport said she hoped for life without mercy because “we received life without Terrell that day.”

In front of a crowded courtroom full of Davenport’s family and friends, she went on to speak more directly to Young in an emotional statement about taking her firstborn son.

“You took my son’s life. What made you think you had that right? Perhaps one day, you will have time to process the magnitude of what you have done to a mother, a family and to a little boy who loved his dad.”

“I pray that God overlooks your faults and see your needs, whatever they may be. May God bless your mother is losing a son at this time. Take this time to learn something while you are in jail. Why don’t you try a relationship with God?” 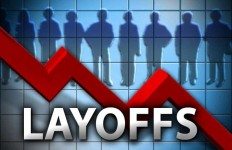 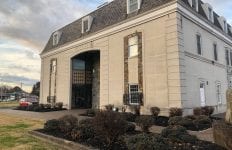